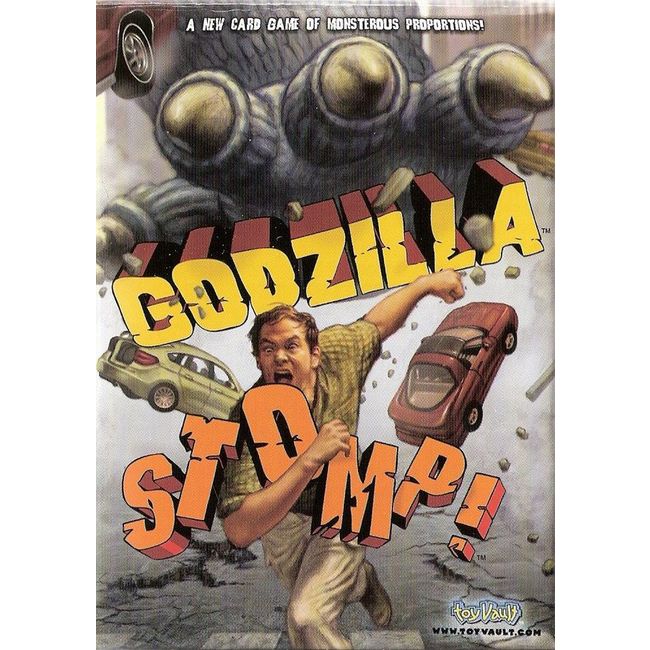 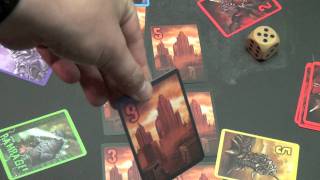 Godzilla: Stomp! is a fast-paced card game of monster-induced city destruction. The game is played in a series of rounds. During each round, several buildings will be revealed, and players will simultaneously choose their attack strength to destroy one or more buildings for the round. Play continues for six rounds, at which point players add up their scores. The highest score wins.

From the back of the box:

Godzilla, the King of the Monsters, is on the loose again, along with four other Kaiju: Mothra, Mechagodzilla, Battra, & Destoroyah! Together they compete to demolish the most buildings in the city, by sparring it out or going into a full-out RAMPAGE!

There's nowhere to hide in this Kaiju free-for-all!